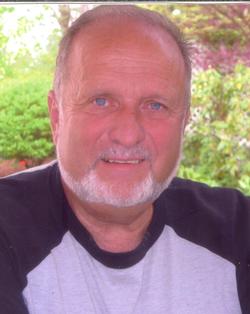 Don S. Crocker, age 74, a longtime resident of Aberdeen and member of the Polish Club, died on November 22, 2015, at his home in Aberdeen. Don was born in Portland, Oregon on December 12, 1940 to Howard James and Augusta Martha (Thomas) Crocker. He was raised in Oregon and graduated from Beaverton High School in 1960.

He would later serve in the U.S. Coast Guard. While stationed at the Port of Grays Harbor, he met Sherry D. Wolkiewicz. The couple was married on December 19, 1964 at St. Peter and Paul Church in Aberdeen. They originally made their home in Bellingham, then in 1967, then returned to Aberdeen where Sherry had been raised. While living in Bellingham, he had worked for Safeway and Frazier Chevrolet. On the Harbor, he had been employed for Grays Harbor Paper until it’s closure in 1992. He then worked for H.U.D. until retiring in 2000.

Don and Sherry loved traveling, having gone to Poland, China and the Mediterranean. Their travel highlight was a family cruise in 2010. They also enjoyed spending time in Timber, Oregon. They had also made their annual snow bird trip to Arizona for many years. Don also enjoyed hunting and fishing.

A celebration of life gathering will be held at 1:00 PM on Saturday, December 12, 2015, at the Aberdeen Elks Lodge.

The family suggests that memorial donations be made to a charity of your choice.

Cremation arrangements are by the Coleman Mortuary in Hoquiam.

Please take a few moments to record your comments for the family by signing the on-line register at http://www.colemanmortuary.net.